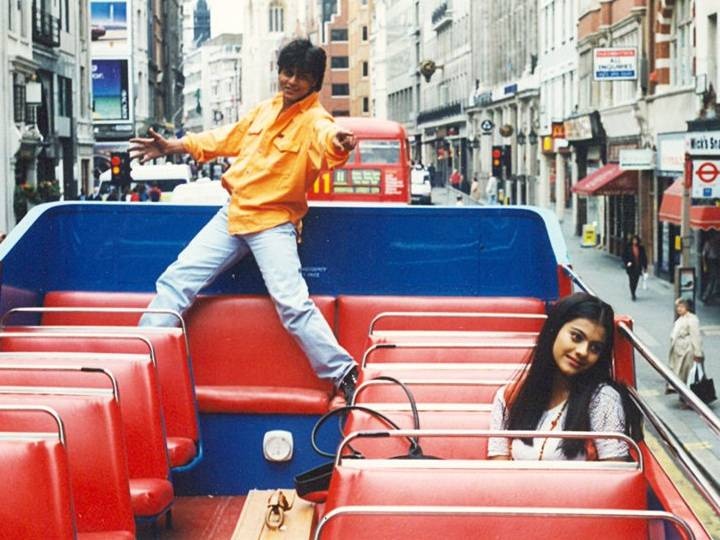 Bollywood actor Shah Rukh Khan may not have missed the big screen for two years, but his credibility and popularity only brings him into the headlines. Shah Rukh Khan and Kajol’s 25 year old film has created history in Indian cinema. Yes yes We are talking about the film ‘Dilwale Dulhania Le Jayenge’ released at the box office 25 years ago, which you also know as DDLAJ.

The light of DDLAJ is still intact among the people. The film was released on 20 October 1995 and will complete its 25 years on Tuesday. According to the information received, the film will be celebrated in London on completion of 25 years and its silver jubilee will be celebrated. Along with this, bronze statues of Shah Rukh Khan and Kajol will be installed on Leicester Square in London.

DDLJ created history
For the first time in the United Kingdom, an Indian film has made such a place. This will be recorded in Bollywood history. DDLJ has created many history in the past. It has made a record of running in Indian cinemas for a very long time. Its popularity even today speaks to the heads of the people. Many steps and scenes of this film are still used as memes.

Shahrukh Khan-Kajol duo Superhit
After the film became a superhit, the pair of Kajol and Shah Rukh began to be considered a hit and since then both of them have worked together in many films. The film was directed by Aditya Chopra and he also wrote its story. Apart from Shahrukh and Kajol, the film had excellent actors like Amrish Puri, Anupam Kher, Farida Jalal and Mandira Bedi.

Micromax planning to give a big competition to Chinese mobile companies, know what is the solid plan