Amitabh Bachchan shoots for hours at this age on the set of KBC 12, sharing the picture from the set and said – work only makes recognition 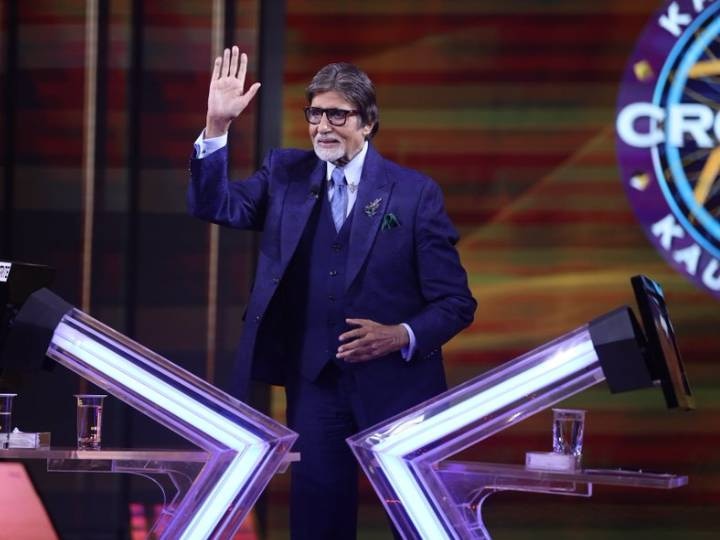 It has been three weeks since the 12th season of Kaun Banega Crorepati was held. During this time, the show has maintained its popularity. Due to Corona virus epidemic, there has been a change in the shooting process and game play. The reason for this is that the shooting of the show is going on for several hours. Amitabh Bachchan is also very excited about the show after recovering from Corona virus and is working hard for it.

Amitabh Bachchan shared a picture on Twitter during the shooting of KBC 12. Sharing this picture, Amitabh Bachchan said that work is worship and work makes you famous. He wrote, “Karma is worship, festivals keep on being celebrated, but the intention to work every day should remain. Karma is the Guru, Karma is salvation. Laziness is a wall, jump above it and achieve the goal . Face every dilemma and teach it the lesson of the seriousness of the work. ”

Amitabh Bachchan’s fans are commenting and liking this tweet. Karma is worship for Amitabh Bachchan and his son Abhishek Bachchan has been highly inspired by this feeling. This tweet of Big B has also been retweeted by Abhishek. He has described this as an inspiring post. He wrote, “This is an inspiration.”

At the same time, Big B has written in his blog, “And they say that the festive season has started. Navratri, Dugarpuja and soon to come Diwali and we all have limited festivals celebrations. But, there is no change in the enthusiasm to worship, to wish for good and to celebrate the festival. It is the same as before. Its presence is devotional. ”

He further writes, “Such moments bring with them many joyful experiences. The time spent with friends, relatives, and customs brings back many old memories. A feeling of fulfillment in the surrounding environment is felt The effect of the temperature in the air starts to show less and the Sun God also starts demonstrating his bravery in a very good way. “