Arnab’s alleged WhatsApp conversation should be investigated, will raise the issue in parliament: Congress 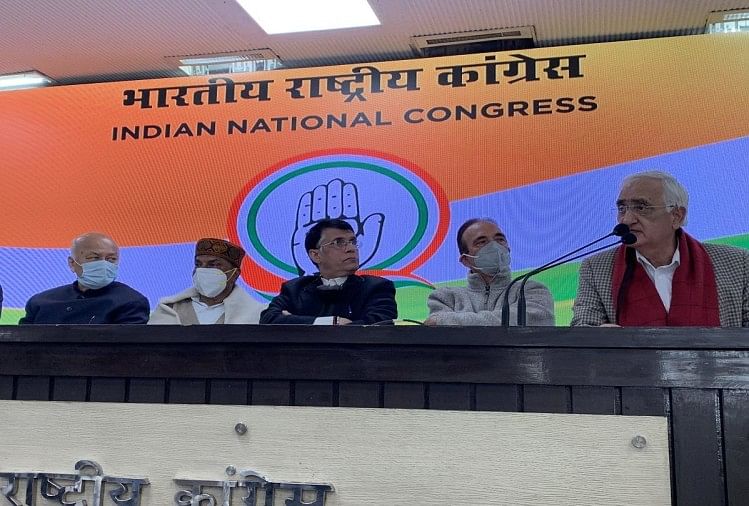 The Congress on Wednesday demanded an inquiry into the alleged WhatsApp conversation of ‘Republic TV’ editor-in-chief Arnab Goswami, saying that leaking information related to the country’s military and security is treason and she will raise the issue in the upcoming session of Parliament. .

Senior party leaders AK Antony, Sushil Kumar Shinde, Ghulam Nabi Azad and Salman Khurshid targeted the government on this subject and also said that some people sitting in top positions in the government are aware of campaigns like Balakot Air Strike and In such a situation, it should be known how this sensitive information was leaked.

Former Defense Minister Antony told reporters, “These WhatsApp conversations are a matter of concern for the whole country.” Every patriot Indian is shocked because it is a matter related to national security. It is related to the security of our armed forces, especially the air force personnel. ‘

According to him, there may be differences between the common people of the country and political parties on many issues, but when the topic related to national security comes, then the whole country is one.

He said, “Very sensitive information related to national security was with some people who should not have it.” I am deeply saddened by the language used regarding the martyred soldiers. ‘

The former defense minister questioned, ‘Only four-five people in top positions in the government know about such a campaign, so how did a journalist come to know about it a few days before the Balakot air strike? ‘

Former Home Minister Sushil Kumar Shinde said, ‘We will raise the issue in Parliament. Did not do what should have been done under the Government Secrecy Act. I hope that there will be an inquiry and that the crime that has taken place will be punished. ‘

He said, “The things that have been said about former Union Minister Arun Jaitley in this conversation are very sad. These things upset me a lot. ‘

Congress spokesperson Pawan Kheda said, “It should be investigated who gave information to Arnab Goswami and where Arnab gave these information.” He said that we demand that Prime Minister Narendra Modi clarify his position on the matter.

Maharashtra government in preparation for legal action on Tandava series