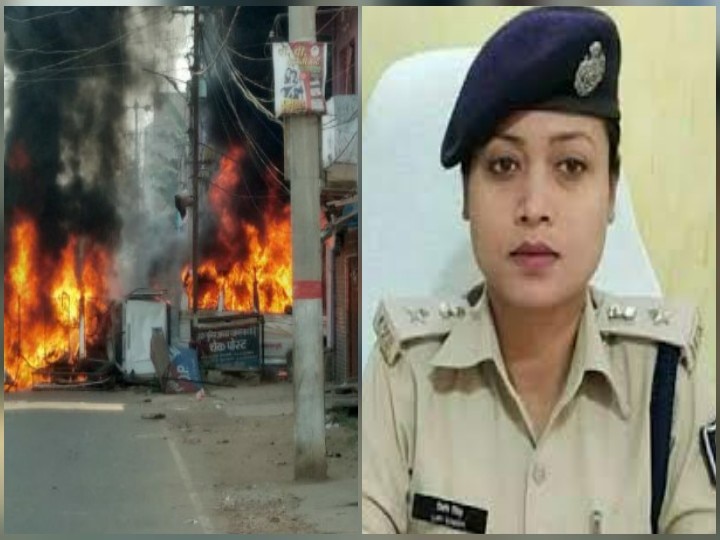 Munger: In the wake of violence and arson in Munger, Bihar, the Election Commission removed the DM and SP of the district. During the idol immersion in Durga Puja, 1 was killed and many were injured in police firing. Outraged by this incident, people were demanding the removal of SP Lippi Singh, who is the daughter of JDU MP RCP Singh. In such a situation, both have been removed after the order of the Election Commission.

According to the information received, Magadh Commissioner Asagba Chuba will now investigate this entire matter and will submit the inquiry report to the Commission within seven days. At the same time, the posting of new DM and SP will be done in Munger today. In fact, people angry with the incident during the idol immersion on the night of 27 October in Munger, Bihar, opened a front against the district administration on Thursday. Hundreds of Munger youths took to the street to demand justice for Anurag and reached the SP office performing. The protesting youths are pelting stones at the SP office and SDO housing. Many police vehicles have been damaged in this violent demonstration.

Please tell that during the immersion of the statue on the night of 27 October in Munger, Bihar, there was a clash between the police and the local people. The clash increased so much that several rounds of bullets were fired during this, in which one person was killed and about half a dozen people were injured. At the same time, three jawans including the Kotwali in-charge were also injured in this incident. After this incident, local people were demanding the removal of SP Lippi Singh and there has been a ruckus about it today.

Who among Bollywood’s emperor, emperor and player is the most expensive house, bungalow worth crores

Bihar Polls: Kishore Kumar Munna has targeted the lovely Anand, said – the public will give a befitting reply