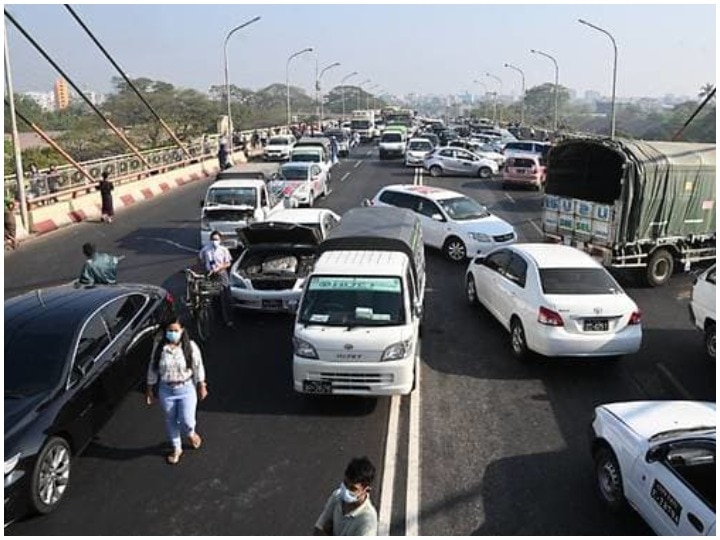 Continued protests have been taking place in the country since the military coup in Myanmar. Meanwhile, the people of Myanmar have intensified their protest to stop police and army trucks. Here people are now parking their cars on city roads and bridges. This protest in Myanmar has been named Broken Down Car Campaign.

In fact, along with the coup in Myanmar, internet service was banned all over the country to prevent the protesters and protests. Due to which a protest called ‘Broken Down Car Campaign’ spread on social media very fast. Under which many pictures have been revealed on social media. In which it can be seen that the public is parking a car on the streets in protest against the military coup.

Vehicles parked on the roads

In these pictures surfacing on social media, the bonnet of cars parked on the roads can also be seen open. The purpose of this protest is to stop the police coming to remove the protesters and to block the traffic of army trucks. Due to which the army is facing a lot of difficulty in its work.

Earlier, in Myanmar’s largest city Yangon, people protested against the military coup by playing utensils and plastic bottles. At the same time, the military government imposed curfew in two big cities, Yangon and Mandalay and banned the gathering of more than five people at one place. Along with this, orders were also given to ban Facebook, Twitter and Instagram in the country.