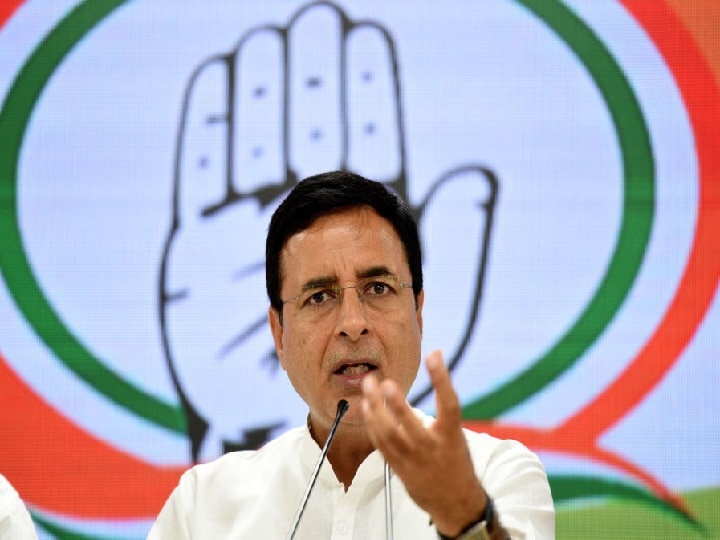 New Delhi: There will be voting for the first phase in Bihar tomorrow. Earlier, the Congress has made a big claim regarding the victory of the Grand Alliance. Congress national spokesperson Randeep Surjewala has said that this time in Bihar, the Grand Alliance will win more than 150 seats. At the same time, Surajwala also took a dig at the alliance of JDU and BJP. Surjewala said that after the election, BJP will dump JDU in the dustbin.

BJP is behind Chirag’s rhetoric – Surjewala

Regarding not having the photo of Chief Minister Nitish Kumar in the BJP advertisements and posters related to the Bihar Assembly elections, Randeep Surjewala said that the BJP has just disappeared Nitish from the poster, but will disappear from Bihar itself on November 10. He also alleged that BJP is behind the statements of LJP chief Chirag Paswan against Nitish Kumar.

BJP will throw Nitish out of milk like a fly – Surjewala

Surjewala, the head of Congress’s election management committee related to Bihar, claimed, “After the end of voting on November 7, BJP will dump JD (U) in the dustbin. These people will throw Nitish Babu out of milk like a fly. That is why Lok Janshakti Party has been put on all JD (U) seats and 50 candidates of BJP are fighting against JDU on the election symbol of LJP.

Citing pictures of Nitish Kumar not being in BJP posters, the Congress general secretary said, “Nitish Kumar has just disappeared from the poster, but the BJP will make him disappear from Bihar on November 10 (counting day).” This is the BJP conspiracy. “Surjewala claimed,” In the Bihar elections, the BJP is contesting in three coalitions. There is an alliance with JD (U) which is visible. The second alliance is with LJP and the third is with Asaduddin Owaisi. “He said that the alliance of RJD, Congress and Left parties is ideologically strong and in such a situation the people are looking at it as the only option.”

Significantly, in the Bihar Assembly elections, the Congress, which is in alliance with the RJD and the Left parties, is contesting 70 seats in the field. RJD is contesting 144 and Left parties 29 seats. Voting for the 243 seats of the assembly will be held in three phases on October 28, November 3 and November 7 and the counting of votes will take place on November 10.