Covid-19 patients undergoing treatment in India after one and a half months, below eight lakh 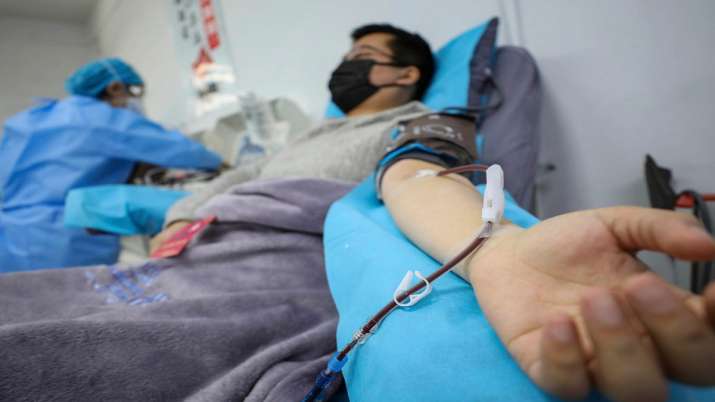 The number of Covid-19 patients undergoing treatment for the first time in the last one and a half months in India has come down to eight lakh and this number is 10.70 per cent of the total cases in the country.

The Union Health Ministry gave this information on Saturday. According to the data, 7,95,087 patients of Kovid-19 are being treated in the country right now.
The ministry said that earlier the number of patients undergoing treatment with the corona virus was below eight lakh on September 1.

According to the latest data released by the ministry at 8 am, a total of 70,816 patients have been cured in the last 24 hours and 62,212 new cases of infection have been reported in the same period. The recovery rate at the national level has increased to 87.78 percent.

The ministry said that the increase in medical infrastructure, rescue rules, dedicated work of doctors, nurses and personnel posted on the front has increased the number of healthy people and reduced mortality.

The ministry said, “India is the only country with the highest number of healthy people and it is included in the list of countries where Kovid-19 has lower mortality. At present the death rate is 1.52 percent. . ”

The ministry said that a large number of cases of Kovid-19 are still being reported in Maharashtra. More than 11,000 new cases have been reported here followed by Karnataka and Kerala with over 7,000 cases.

There have been 837 deaths in the last 24 hours and 82% of these deaths have occurred in 10 states and union territories – Maharashtra, Karnataka, West Bengal, Tamil Nadu, Uttar Pradesh, Chhattisgarh, Punjab, Andhra Pradesh, Madhya Pradesh and Kerala. Maharashtra had the highest number of deaths at 306.

After being sexually abused for years, the woman’s patience has been broken, stabbed the accused to death