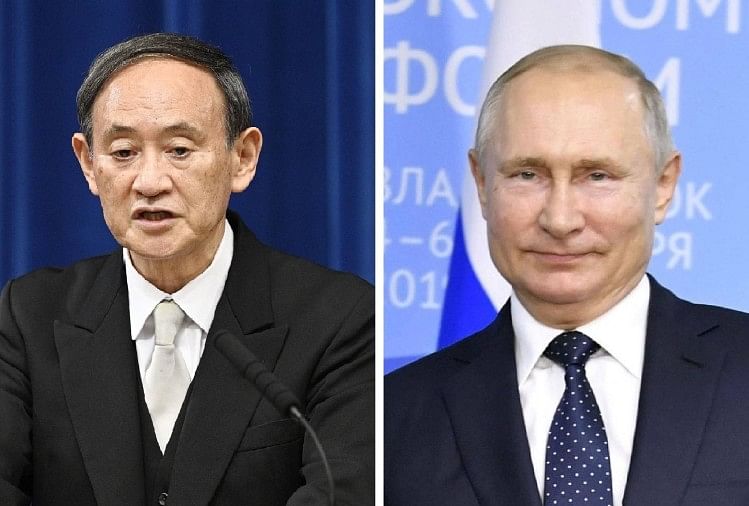 Japan’s Prime Minister Yoshihide Suga’s statement in Russia has been taken with great enthusiasm that the long-running neighborhood dispute with Russia can be resolved soon. This is seen by Russian authorities as Japan’s desire to have closer ties with their country. Japan’s stance for Russia is more important because Japan is considered a country of American ranks.

Recently, Japan also joined the US-based quadrat, which is believed to be an attempt to limit China’s influence. The remaining two countries included in this group are India and Australia. America’s relations with Russia are tense at the moment. This tension is expected to increase further after Joe Biden became president in the US.

In his address at the beginning of the parliamentary session on Monday, Suga said that the ongoing diplomatic tension over the Kuril islands for half a century should not be passed on to the next generation. He said- “Now the final solution to this dispute must be found. We will move towards a solution based on the previous agreement between the two countries. ‘

In his annual press conference after this statement came, Russia’s Foreign Minister Sergei Lavrov said that “we welcome the talks with our Japanese friends” and emphasized the strength of the relationship between the two countries.

Japan has been asserting its sovereignty over these islands in the Pacific Ocean. These islands are located in the far east off the coast of Russia. Historically, the islands have been inhabited by the Ainu community. Russia claims that these islands were ceded to the then Soviet Union under the 1945 Yalta Agreement. The transfer took place against the backdrop of imperialist Japan’s defeat in World War II. Since then the islands have been ruled by the Soviet Union / Russia.

But Japan has claimed that these islands were not included in the Yalta Agreement. He calls these islands his ‘northern region’. Due to this dispute, Russia and Japan were unable to sign the peace deal after the second world war. This means that technically there is still war going on in both countries.

Last December, it was reported in the Japanese media that the United States places them in the category of Japanese citizens while giving green cards to Russians born in these islands. Among them are many people who are ethnically Russian. After this news came, Russia strongly criticized this decision of America. Then the Russian Foreign Ministry said – In 1945 the Kuril islands were transferred to the Soviet Union. But today America is reopening the agreement of World War II and promoting the policy of occupying the territories.

But ever since Suga became Prime Minister, he has been adopting a policy of harmony with Russia. In the phone conversation with Russian President Vladimir Putin after becoming Prime Minister in September, he took the initiative to bring the Kuril Islands on the agenda of bilateral negotiations. Former Prime Minister Shinzo Abe was considered very close to America. There were no signs of such an initiative in that period.

But analysts say that Suga probably wants to build a better relationship with Russia. This thing can pass amiss to America. Despite this they have taken a risk. On Monday, Suga gave a message that what he said in a conversation with Putin was his intention to pursue that agenda.

Made in India Hike messaging app closed, was launched in 2019 to compete with WhatsApp