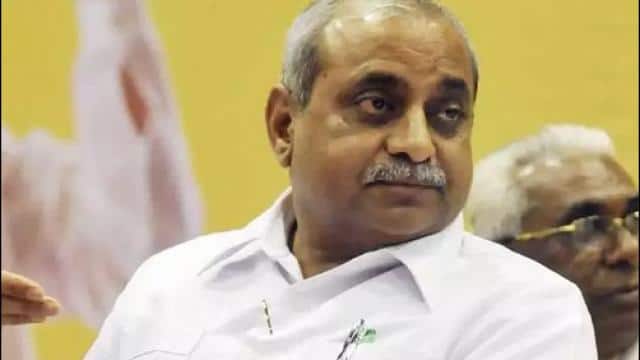 Expressing displeasure over PDP President Mehbooba Mufti’s recent statement about ending Article 370 from Jammu and Kashmir, Gujarat Deputy Chief Minister Nitin Patel on Monday said that if the former Chief Minister of Jammu and Kashmir does not like India and its laws, then they will be in the family. Should go to Pakistan. Addressing a gathering for the by-election in Kurali village in Vadodara, Patel said that Prime Minister Narendra Modi and Union Home Minister Amit Shah brought Citizenship Amendment Act to protect the country and they abolished the provisions of Article 370.

He said, ‘Mehbooba has been making nonsensical statements for the last two days. He should buy air tickets and move to Karachi with his family. It will be fine for everyone. ‘ He said, “If he wishes, the people of Karjan Taluka will send him money to buy air tickets.” Patel said, ‘Those who do not like India or do not like the abolition of government-made CAA like law or Article 370? They should go to Pakistan. ‘

He said that anyone who does not feel safe or happy here should immediately go to Pakistan. Actually, the Deputy Chief Minister was addressing the rally in support of BJP candidate Akshay Patel from Curzon Assembly seat. The Curzon Assembly is one of the eight assembly elections to be held on November 3 by-election.

Mehbooba Mufti released after more than 400 days of detention

In fact, Mehbooba Mufti, who was released after 14 months, said in the past that I will not raise any flag other than Jammu and Kashmir. Mehbooba Mufti said that when our flag comes back, we will pick up that flag as well. But until our own flag is returned, we will not raise any other flag in our hands. Mehbooba was in custody since most of the provisions of Article 370 of the Constitution granting special status to Jammu and Kashmir were abolished in August last year. Talking to the media for the first time after his release, he said that he was not interested in contesting the election personally until the former state flag and the constitution were restored.

Modi government changed the rules, now anyone can buy land in Jammu and Kashmir, Ladakh!