Now India is very close to winning the war against Corona, the least new cases came after 101 days, the figures are relieving 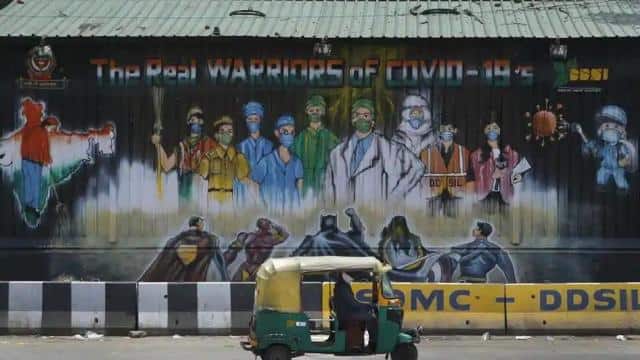 There is continuous news about the India Corona virus. The corona virus is now in its wrath in the country and the number of new cases is continuously falling. On Monday, 101 days in India, the lowest number of new corona virus cases were reported. According to government data, on Monday, around 36 thousand new Kovid-19 cases were registered in India, which is the lowest after 101 days. Earlier, ie, three months from now, on July 17, about 35 thousand new cases were reported. If seen in this way, then it seems that India has come very close to winning the war against the corona virus.

Preparation for corona vaccine delivery is fast, health workers data is being created
According to the latest statistics released by the Ministry of Health, many states have managed to control the havoc of the corona virus. There are many states where the recovery rate is much better and there is a big decline in the number of new cases. This is the reason why the country’s corona figures have also declined. Please tell that in the first two weeks of September, the coronation of Corona was seen. On an average, 90 thousand new cases were coming out every day, but from the last week of the same month, there was a decline in new cases and it is still going on. In this way, the peak of Corona in the country is over in the middle of September.

For the second time in India, less than 50 thousand new cases were reported within 24 hours. At the same time, the number of people who died during this period was less than 500. According to the data released by the Union Health Ministry at 8 am, the number of infection cases in the country has increased to 79,09,959. At the same time, after the death of 480 more people, the death toll increased to 1,19,014.

PM Modi said – dynasty of corruption is hollowing the country, becoming part of political tradition in many states

Guidelines released for Unlock-5 extended till November 30, lockdown will continue in Containment Zone