PM Modi spoke to the street vendors of UP, said – the government working for the welfare of the poor 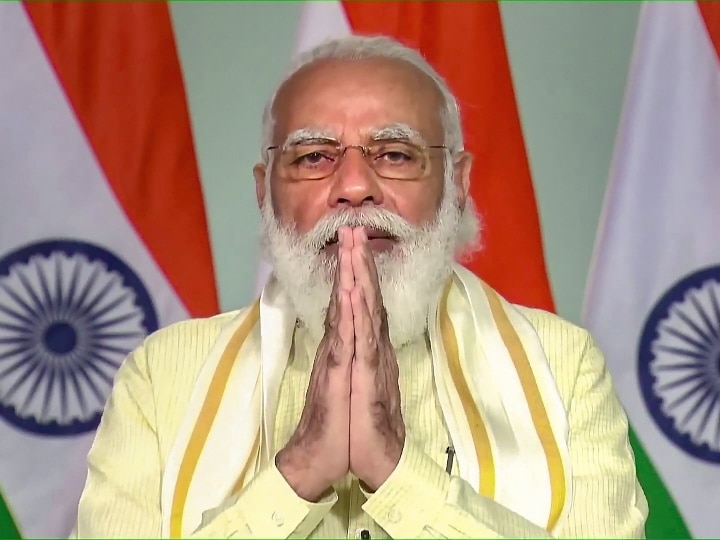 Lucknow: Underlining the important role of street vendors in the country’s economy, Prime Minister Narendra Modi appreciated his sense of honesty and said that the poor never compromises with honesty and self-respect and today the entire nation is honoring their labor is. Prime Minister Narendra Modi on Tuesday was talking to the street vendors of Uttar Pradesh who benefited under PM Swadhini Yojana through virtual media.

Modi said that the scamsters tried to sabotage the poor’s head of dishonesty and those people had made such a wind that if they give loan to the poor, the money will not be returned, but those people have got the answer. Used to ridicule the poor for connecting them to banking. Modi said that the poor never compromises with honesty and self-respect and the poor have set an example of their honesty in front of the country.

The Prime Minister interacted with Preeti of Agra, Arvind Maurya of Varanasi and Vijay Bahadur of Lucknow through video conferencing and inquired about their problems in the Corona period and the benefits of the PM Swanidhi scheme. The Prime Minister said that the whole country respects your labor. He said that in such a large population, street vendors meet the needs of people and are playing a big role in the economy of the country. He lauded the Chief Minister of Uttar Pradesh, Yogi Adityanath, and said that Uttar Pradesh is on top in the PM Swadhini Yojana across the country. The Prime Minister said that 25 lakh applications have been received in this scheme and more than 12 lakh applications have been approved.

Modi said that six and a half lakh applications came only from Uttar Pradesh, in which twenty-four lakh have been approved. The Prime Minister praised the bankers for the success of this scheme. Modi instructed the beneficiaries and told that there will be a seven percent discount on repayment of debt on time and in the digital transaction, one hundred rupees per month will be available as cashback. In addition to instructing to be careful in the Corona period, he also said that I get satisfaction after seeing happiness on your faces.

The Prime Minister, while interacting with the love of Swanidhi Yojana, Agra, inquired about his business. Preeti told that earlier they used to sell vegetables, but when the disaster of Corona came, you supported the drowning by straws. Got a loan of ten thousand rupees, got a fruit cart. Preity also spoke to the Prime Minister about her husband Radheshyam.

Arvind Maurya of Varanasi informed about his campaign to sell momos and coffee and to make people aware of Corona. Modi told Arvind Maurya that the people of Benaras like momos a lot but no momos feeds me. He himself said that security people do not let me eat anything without tasting it. Vijay Bahadur of Lucknow told about the sale of Liya chana by putting a pork and the attraction of children towards him. Modi also took information about his business from Vijay Bahadur. In his address, he praised these operations.

Earlier, Chief Minister Yogi Adityanath welcomed the Prime Minister and said that two lakh 74 thousand track residents of 651 local bodies of Uttar Pradesh got loan from PM Swanidhi Yojana and this changed their business and festivities. Yogi said that in the Corona crisis, the Prime Minister made a big effort for the poor by announcing the PM Poor Welfare Package. Yogi said that 14 crore beneficiaries are getting food grains twice every month and this process has been adopted 14 times.