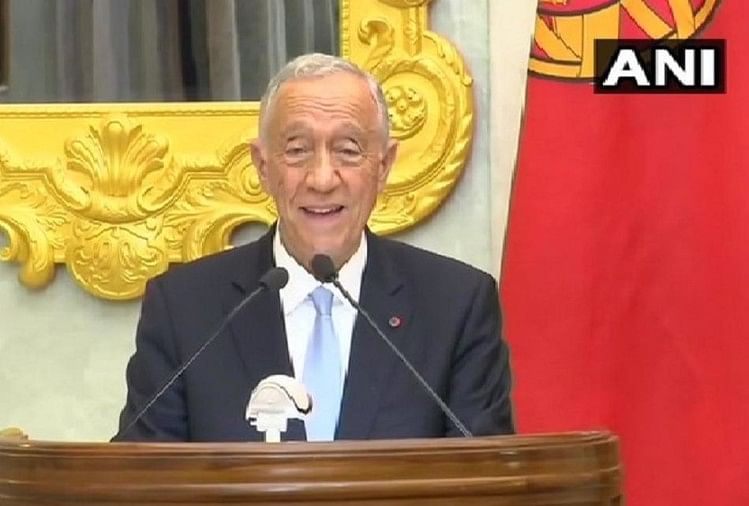 Portugal will vote for the presidential election on Sunday. This is the first time in Portugal that elections are being held in the midst of emergency. The country is currently badly affected by the Corona epidemic. Nevertheless, the attention of the rest of the world in Portugal’s election rests on the performance of a newly emerged party. This right-wing party has received huge support during the election campaign.

The name of this party- Chega (now enough). Its leader is Andre Ventura. Ventura has claimed that no candidate will get more than 50 percent of the vote in the first round of voting. So there will be a second round of voting, in which he will challenge President Marcello Rebolo de Souza.

Most experts believe that President de Souza will be elected for a second term. But Andre Ventura’s performance will be strong. Ventura has been projected to get 11 percent of the vote in pre-election opinion polls. The Chega Party was formed in mid-2019. Its strength within a year and a half is considered to be its great success. In the parliamentary general election held in October 2019, the Chega party surprised everyone by winning one seat. Experts say that the strength of this party has steadily increased since then.

Carlos Jalali, a political scientist belonging to the University of Aveiro, is aware that Portugal’s society is dissatisfied with the TV channel Euro News. Chega is now becoming a medium to express the same discontent. In the current situation, there is little possibility that the Chega will become the main party of the country. Despite this, no one is taking it lightly. Many experts believe that with the rise of Chega and Ventura, the phenomenon of Donald Trump seen in America has now reached Portugal.

According to political analysts, there are two major things to be considered in Sunday’s vote – whether silent voters will vote in large numbers and will they support Chenga. The second point of view is that the candidate created by the corona epidemic has the worst effect and who benefits from it.

Though Chega got one seat in the October 2019 parliamentary election, he got only 1.3 percent of the vote. But political scientist Mariana N. Mendis, in his analysis written on the blog of the London School of Economics, has said that getting Chaga’s vote was also an era-changing event in Portugal’s politics.

Because Portugal was still avoiding the wave of extreme right. That is why Ventura has dominated the media in Portugal since its performance in parliamentary elections. This has further increased his popularity. It is possible that in the near future, Chaga will become the fourth or third largest party in Portugal.

Many analysts consider Ventura a Donald Trump-style politician. He takes part in TV debates in a rhetorical manner on the lines of Trump. He has previously been a football commentator on TV and the anchor of a crime league show. For this reason people in the country already knew him. Donald Trump also got his first fame as a reality TV star.

Ventura has targeted the Roma minorities present in the country. They unequivocally allege that these people have taken over the welfare schemes made for the people of the country, they do not resemble Portuguese society, and they do not follow the law here. While objecting to the anti-racism rallies in Portugal, Ventura has organized his rallies against them.

Politicians say that in today’s era such attitude has become a formula for success in politics. Ventura is following it only. That is why it is important to see how many votes they are able to garner in this manner on Sunday.