Prime Minister Modi expressed grief over the death of Keshubhai Patel, said – he had prepared small workers like me 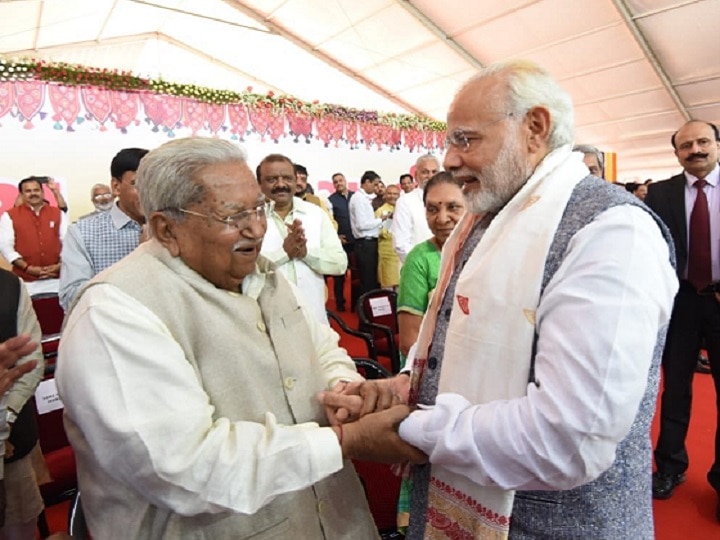 Prime Minister Narendra Modi has expressed grief over the death of former Gujarat Chief Minister Keshubhai Patel. The PM said that Keshubhai had prepared many small workers including me. Everyone liked his amiable nature. His death is an irreparable loss. We are all mourning today.

PM Modi tweeted, ‘Our beloved and respected Keshubhai has passed away .. I am very sad. He was an outstanding leader who took care of every section of the society. His life was dedicated to the progress of Gujarat and the empowerment of every Gujarati. ‘

Our beloved and respected Keshubhai has passed away…I am deeply pained and saddened. He was an outstanding leader who cared for every section of society. His life was devoted towards the progress of Gujarat and the empowerment of every Gujarati. pic.twitter.com/pmahHWetIX

In another tweet, PM Modi wrote, ‘Keshubhai traveled to every area of Gujarat to strengthen the Jan Sangh and the BJP. He opposed the Emergency. The issues of farmer welfare were closest to his heart. Being an MLA, MP, Minister or CM, he took many steps in the interest of farmers.

Keshubhai travelled across the length and breadth of Gujarat to strengthen the Jana Sangh and BJP. He resisted the Emergency tooth and nail. Issues of farmer welfare were closest to his heart. Be it as MLA, MP, Minister or CM, he ensured many farmer friendly measures were passed. pic.twitter.com/qvXxG0uHvo

Keshubhai mentored and groomed many younger Karyakartas including me. Everyone loved his affable nature. His demise is an irreparable loss. We are all grieving today. My thoughts are with his family and well-wishers. Spoke to his son Bharat and expressed condolences. Om Shanti. pic.twitter.com/p9HF3D5b7y

He was elected MLA from Visavadar seat in the 2012 state assembly elections, but later resigned in 2014 due to ill health. In 1945, Keshubhai Patel joined the Rashtriya Swayamsevak Sangh as a pracharak. He also went to jail during the Emergency in 1975.