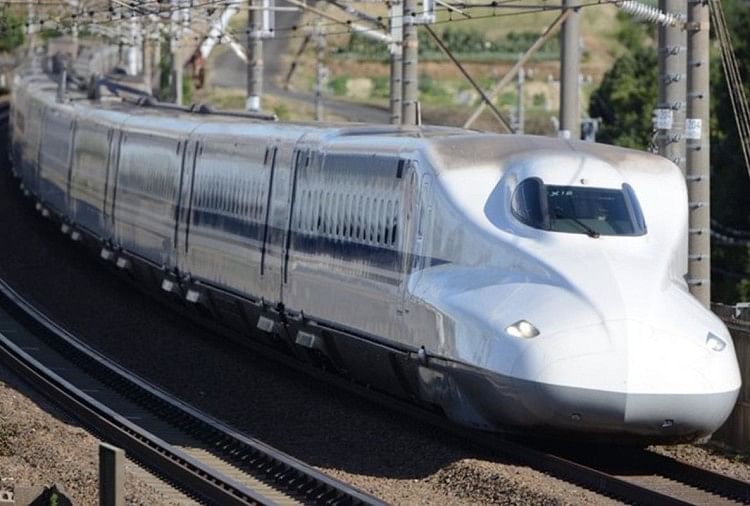 The proposed bullet train between Delhi and Varanasi will benefit Gautam Budh Nagar district the most. There will be two bullet train stations here. The first station is planned to be built near Noida Sector-148 and second near Noida Airport.

National Highspeed Rail Corporation is working on a plan to run a bullet train on an 865 km long route between Delhi to Varanasi. Although the people of many cities of Uttar Pradesh will benefit from this train, but the district will benefit the most. This is the first district where two stations are proposed.

Now the station and corridor are being decided. In view of the connectivity of Noida Airport to Delhi, two stations have been proposed in the district. Niall officials said that only after the DPR is ready, the exact situation will be known.

Noida airport from Delhi cannot have better connectivity. Apart from Noida-Greater Noida, Ghaziabad and nearby people will be able to travel by bullet train, while being built near Noida Airport, there will be easy access to Aligarh, Bulandshahr and nearby people along with Jewar. The population here will benefit from the formation of these two stations.

Sector-148 of Noida will be the first stop after leaving Delhi and then the train will stop at Noida Airport from here. This distance of about 50 kilometers will be covered in about 20 minutes. The advantage of this is that Delhi passengers traveling by air from the airport will be able to reach here easily.

Currently, there are plans to start air from the airport in 2023-24. For this, agreement has been signed with Zurich International on 7 October. The company has to submit the airport map within two months.