Union Minister Naqvi’s meeting on Haj said, final decision will be based on international protocol 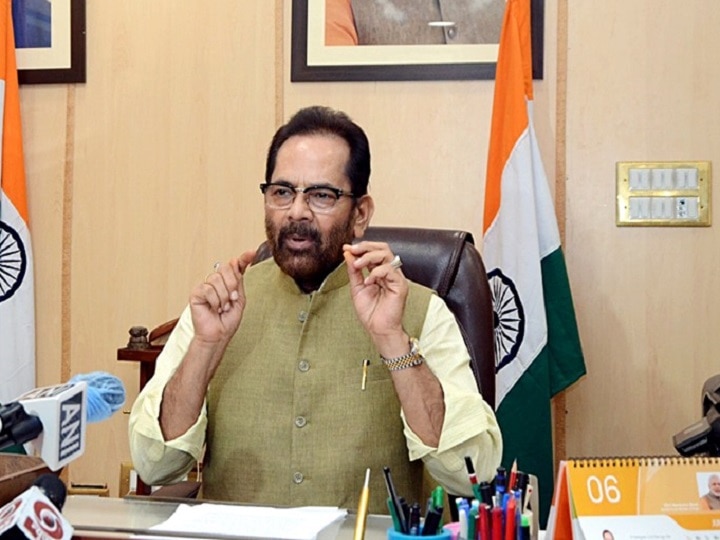 The Government of India has prepared for the Haj pilgrimage to be held in 2021. A virtual meeting was also held at 11 am on Monday. In this meeting, Union Minister for Minority Affairs Mukhtar Abbas Naqvi, Haj Committee of India CEO Maqsood Ahmad, Secretary, Ministry of Minority Affairs P.K. Das, Joint Secretary of the Ministry of External Affairs, Vipul, Ambassador of India to Saudi Arabia Dr. Ausaf Saeed and other concerned officials attended.

Many important decisions were taken in this meeting about Haj. Mukhtar Abbas Naqvi told after the meeting, Haj 2021 will depend on national-international protocol guidelines in view of Pandemic. The Hajj 2021 is to be in the month of July. But in view of a thorough review of the Corona disaster and its effects and the guidelines for the health protection of the people of the Government of Saudi Arabia and the Government of India, a final decision will be taken on Haj 2021.

The Haj Committee of India and other Indian agencies will start receiving applications and preparations for Haj 2021 soon. After the decision regarding Haj 2021 on behalf of the Saudi Arabian government, a formal announcement will be made regarding the application and other process.

The minister further said, due to the Corona epidemic, there can be a big change in Haj arrangements keeping in mind the guidelines. The health of the Haj pilgrims is the priority of the government. The Government of India and other related agencies will make necessary arrangements in this direction. The government and the Haj Committee have started necessary action in this regard.

However, there is still waiting for Saudi Arabia to issue guidelines for Haj pilgrimage 2021. The government of India and Saudi Arabia are in touch on this issue.

Actually, the pilgrims going to Haj due to Corona could not leave for Haj pilgrimage from India in 2020. According to the information, 2100 crore rupees of 1 lakh 23 thousand people who are unable to go on Haj 2020 due to Corona have been returned without any deduction.

In the last 3 years, about 514 crore surplus money of Haj pilgrims has also been returned in the Corona period. The result of 100 percent digital system in India is that even in the time of disaster, money was sent directly to the account, which is the first time in the history of Haj process.