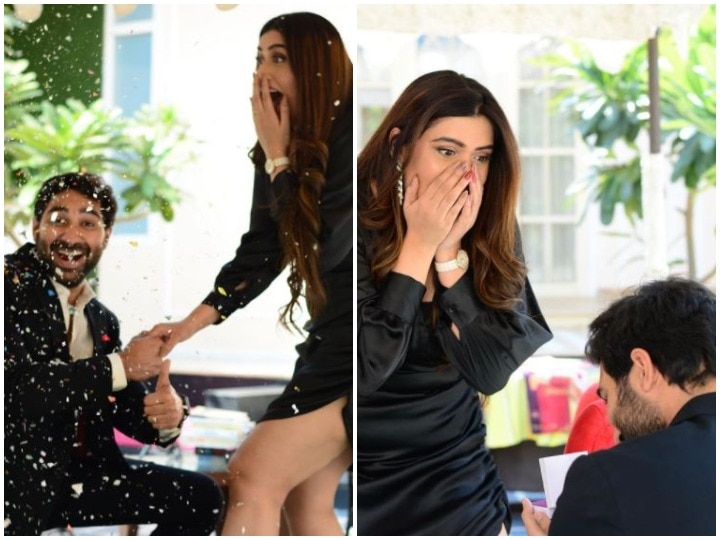 The year 2021 seems to prove to be good for Bollywood. Right from the beginning of the year, something good is happening in the lives of stars. If someone’s house is buzzing, then someone is going to tie the wedding ceremony. Recently, Dia Mirza has got married, so now small screen actress Shirin Mirza is going to get married soon.

Shirin, who plays Simmi Bhalla in the TV show Yeh Hai Mohabbate, has won the hearts of millions with her acting in a very short time. Actress Shirin is quite open about her personal life. She shared the engagement news with her boyfriend Hassan Sartaj. Let me tell you, Shirin had been dating Hassan for a long time and now on Valentine’s Day, her boyfriend proposed to her for the wedding, which she accepted very fondly.

Both shared the picture of their special moment on social media, after which the photos became increasingly viral on social media. In pictures, Hassan is seen proposing Shirin sitting on his knee and Shirin is giving a hobby expression. It is being told that as soon as Shirin did yes, Hassan gave him the ring. Both wore black dress on this occasion.

Fans of Shirin liked these pictures very much. Also, while wishing both of them, they lavished immense love. Let me tell you, Hassan Sartaj is a resident of Delhi and works in an IT company.